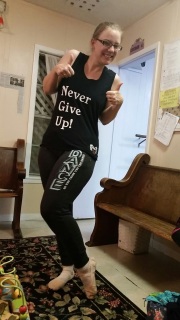 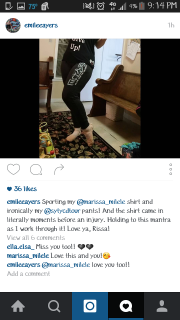 She’s so great. So kind and encouraging. And I love this shirt. I think it’s a mantra I can really get behind.
I’m still going to class tonight, mainly because I told Adrienne I would help her work on fouette’s after ballet. Plus, I can watch and learn that way. Get it in my brain and all.
Hopefully my toe will be okay by the weekend on next week. It really doesn’t look that bad.
All else fails, if I can hike on a broke toe, I can dance on one right?
(Kidding.)
(Maybe.)

(also, just re-read this and it reads really funny. Like it’s just notes of what all I really wanted to say. I’ve been in a funk, I guess, and keep embarrassing myself. So anyone who encounters me right now, my apologies. I’m a mess and not saying the right things and blah)