This is just another step in the dance.

I’ve told some of my older classmates, and talked to one of my closest dance friends, and I guess it’s starting to kind of hit.
There’s a meeting thing on August 3rd at the studio, and I’m sure it’s going to be a cry fest.
I’ve only been there for almost 3 years, I can’t imagine how difficult this is for those who have been there for 8.

But I am beyond grateful, to Jilissa and Instep Dance Studios, for giving me a platform to chase and achieve my dreams, and setting fire to this desire of mine.

I’m looking into taking classes at different studios. The difficult thing is it’s going to cost more than I can really budget in, and I don’t know how many hours I’ll actually get to dance. Competition seems to be steeper at other studios.

But you know, maybe change is good.
I have a feeling it’ll be good for some of the younger dancers who really want to propel themselves forward into a dance career.

I’ve been debating whether or not I should keep dancing. Nothing makes me feel more alive, but there are so many things to factor into the decision. I’ll have to re work my budgeting to see if it’s even possible, first off. Then I have to find a new studio and begin that whole process. (which is nerve wracking, to say the least.)
Then, you know, we’ll see.

It’s still difficult, almost like mourning the loss of a friend, but I have great friends to support me and hope.
I have hope. 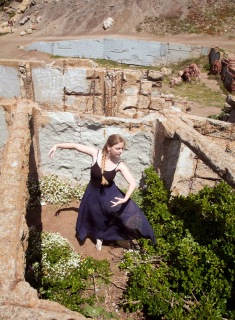 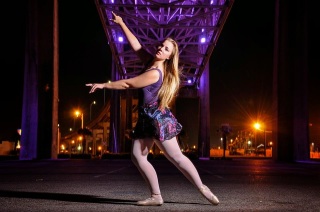 As promised, here are some shots of me.
The first lot was shot in San Francisco back in April, the last one was shot last Tuesday in Corpus Christi, TX

Well, I’m about to find out.

Let’s start with a couple of fun pictures from class. 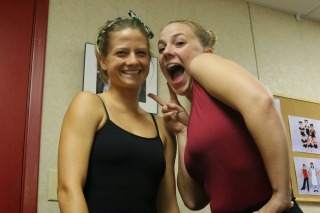 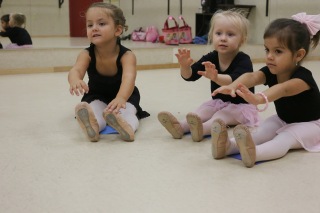 Some of my bitty babies

Isabella is a 3 year old prodigy.

Summer classes are the best!

It’s been two weeks since we last had class, and I’m already feeling like it’s been a lifetime.
Don’t get me wrong, the down time is nice. The only down side to the down time is that I’ve been sick most of it.
I guess it’s a good thing, since it’s better to be sick on days you’re not going to miss dance, rather than on days you would.

I haven’t been able to keep up with ballet as much as I would like to on this break, partly due to the space issue currently. (still living in my parents guest room, with no more than a narrow aisle of floor space.) Mix that with the mosquitoes terrorizing outside, and the options are very minimal. However, I really don’t want to die when I get back to class, so I’m going to try and come up with some sort of solution.

Also, I was actually in front of the camera instead of behind it recently, and when I get those pictures back, I’ll be posting them, along with the ones from San Francisco.
I’ve been rather reluctant to post them. Being a photographer myself, and having worked with some pretty talented dancers, and having only been in class such a short time and seemingly plagued with health issues, to say I’m critical of myself is an under statement.
Nonetheless, I know progress is a part of this, so I’m going to post the pictures anyway and show the progress as it happens.

(I meant to bring the disk of San Francisco photos with me today to post, but I forgot it at home. I also forgot my lunch, so I should have known today would be an off one from the start.)

Went back on my bucket list blog and read a few entries.
Found this one.

“Not sure if I had this one written down.
I know I did before, but I technically already achieved it thenBut now, I’m feeling pretty accomplished that I’m doing this again.Cause, in all reality. It’s scary.I signed up for ballet class.I’m really excited at the possibilities this could holdOf actually finally being able to stick with it and accomplish my dreams of doing this.But I’m terrified at the same time.I have no idea what to expectI’m not really sure if I’ll be doing everything rightBut, the end result is worth pushing past the fear.I’m beyond grateful for Lucinda Rico, who is answering my million and seven questions and helping me feel a little more easy about this.I’m praying I can continue to afford it.I’m just praying a lot.I need to refocus.”

And to think of how far I’ve come. In less than three years.

I have had quite a crazy past few weeks.
We only had 4 weeks of summer classes, and wouldn’t you know I got sick halfway through. I had to skip one class all together, leave early for another, and struggled through the next.
Yesterday was our last one before break, and even though I didn’t feel too well before class, I managed to do alright once I got there. (Although I am super clumsy and hit the knuckle of my pinkie toe on the door frame, giving it a nice bruise before class.)
Jilissa has been having some pretty bad pain in her foot and has subsequently been in a boot, which is both sad and hilarious. Still, she manages to get through class successfully. It’s quite impressive, really, and she’s a good sport about it all.
We used the music from “ballet goes pop” for our last class. It’s where they take current songs and turn them into instrumental scores, able to be used in class and such. It was really fun trying to guess what song it was and I’m sure singing along the whole time helped with our breathing 😉
Jilissa even gave us a combination to incorporate the YMCA to go along with the song.
(I had that filmed, but just to enjoy when I get all reminiscent.)

So, why did I take the time to write this journal entry-style post, instead of finding something deep and philosophical to write about?
Because when it comes down to it, if you’re not enjoying what you do, there’s no point.

I have really enjoyed this month of classes, even when I was cloudy brained and struggling.
You don’t give up.
You do it because you love it.
You push yourself until your breaking point, and then you push harder.
Because there’s no reason not to try.
You won’t improve if you don’t push through the impossible.
Because this is why I take ballet.

The babies were really adorable, too. It’s like the last day of school, where everyone is happy to be there and really silly at the same time. They did really great and were so sweet. My favorite moment was definitely when sweet Isabella came up to me in the hallway before class and gave me a hug. She is such a smart and sweet girl, but not usually over-affectionate. It made me feel really important, like I’m doing something right.
We got a picture with the girls after class before we let them go. Then they all hugged us on their own and said their sweet goodbye’s and see you later’s.
Next year I get to teach a couple of their classes, along with a few Kinder classes. (Which is new to me, but I’m excited for.) I’ll be at the class four days a week, and I couldn’t be happier about it.
It’s a lot of driving and late nights, but it’s worth it.