Hi, hello, new platform here. Bear with me as I move things around and change things up and get comfortable in my new home.

Tuesday nights class was cancelled since almost everyone is part of Festival and they had an adjudication that night. Four of our choreographers each have a dance they showcase and go head to head against each other, two pieces being chosen to go to Festival in April.

I had seen a few of the rehearsals. Some of them started off really rough, but I was really impressed with how well the girls (and Sean) all did. I think it’s safe to say this was the best they’ve done it and it all looked so good. I’d hate to be the adjudicator. He’s got some tough decisions ahead of him.

I was particularly proud of a few of the girls that had really been put through the ringer. Overcoming challenges and having to really pick themselves up and fight for it. And they did. And it proved worth it. And it took everything in me not to scream in excitement when they nailed it. (Especially since I was working the adjudicators camera) (hah)

The evening did start with a class. Anyone in company could take the class. I wanted to, but since I was out of town Sunday, I didn’t have time to wash my tights and leotards before so I literally threw them in the wash Tuesday morning and asked mom to hang them up for me.

It was cool to get to watch, though. To see not only the “good dancers” that everyone knows is awesome, but to see the up and comings. To see the ones in my level that stand out and be able to try and figure out what is different about them and how I can be more like that.

Once again, I was very proud of my girls. 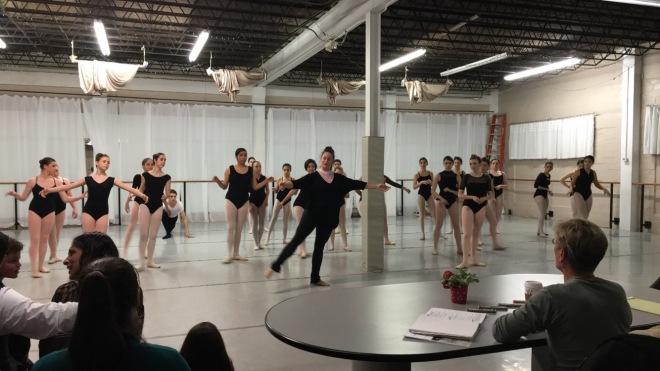 The whole night was really fun. Even though I didn’t get to take class, I was glad to be there. And to be able to really take it all in.

I’ve found myself doing that in class as well. Taking a step back and appreciating what I have and who I have. Next year, things will be different. Heck, they could all change tomorrow. But we have right now. And right now is pretty great.

Class yesterday went really well, too. I’m really getting the hang of pirouettes en pointe, and even attempted some en dedans. They weren’t so successful, but I didn’t break apart. I accepted it and determined to keep working.

We did some adagio and I was actually able to keep my balance, which I have struggled with. It’s still not perfect, but I can feel myself improving. And that’s a wonderful thing.

We worked a bit on recital, even though quite a few people are missing. I was grateful, though, especially since it’s getting closer to when I’ll have to be working lots of overtime and missing class. Plus, I love seeing the piece come together, even if it is a bit chaotic right now with so many people and half of them missing.

While waiting for our next bit of instruction, I found a quiet moment and a bit space around me so I decided to try to work on the en dedans.

And wouldn’t you know, I did it.

I literally stopped and made a face and my friend asked if I was okay cause she thought something was wrong. Oh no, nothing wrong. Just why couldn’t I do that earlier? Haha. But it’s good, I think I’m finally grasping them, so I tried a few more. It seems my placement in the plié was what held me back, and when I do it right I get the force I need to turn. Little victories!

We’re also starting to have the studio loaded with boxes; recital costumes coming in slowly. Turns out ours had to be changed, and the ones we’re using came in. I made eyes at Mrs. Alex to sort of ask what they were so she told us and showed us and honestly I love them. 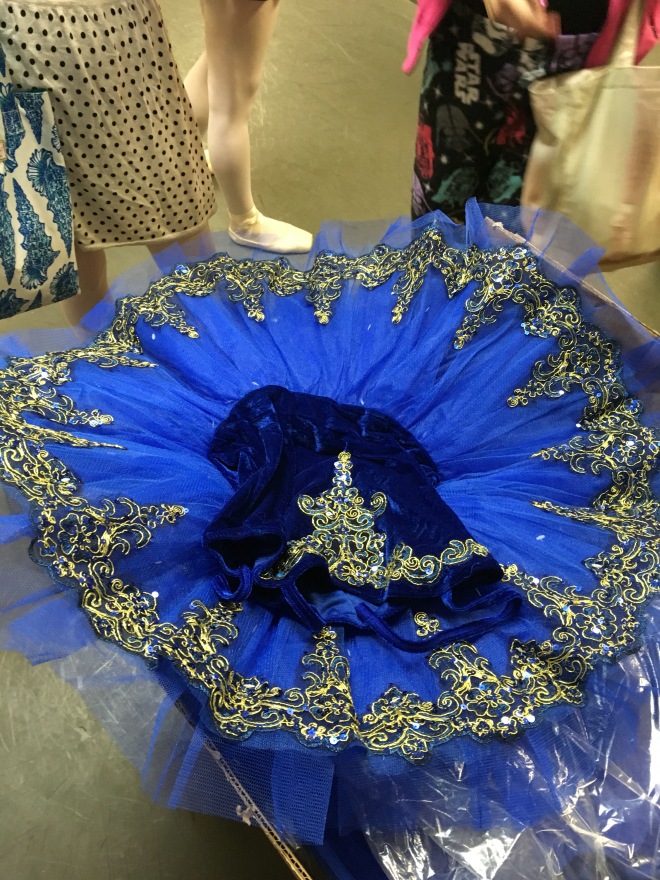 The color is so rich, and I think it really goes well with the music and the piece and I’m just so happy! The other ones were nice, but these are just incredible.

It was really nice to have a good class yesterday. My jetes still need work, but that’s okay. Every day I hope to be a little better leaving than when I came in. It’s a struggle, but I really want to do everything I can and work as hard as possible. Especially since I’ve been feeling so well lately. I want to do because I can. (I even tried jumps!) (and was successful! Just. Ya know. Need to beef up my stamina.) Theres not much worse than knowing you’re capable to do things, but your body holds you back so you physically can’t. All while people around you are being lazy in doing them. I want to shake them and scream, “if you’re able, please do it!!!” Thankfully, everyone as a whole yesterday seemed to be on their a game.

It was a good day.