Nutcracker has come and gone and we have been on break since the closing show on December 21st.
(Uuuuuugh, I miss balleeeeeet)
It’s given me time to sort through the pictures I took at the show, get them hosted, and try to collect emails to get them out to people who want them.
In doing so–and also throughout the rehearsals and performances–I’ve gotten to know more of the dancers, which has been really cool.

When Instep first closed and we had to find a new studio, I felt good about Munro. Maybe because I had two friends who took there. Maybe because I used to pass it on the way to Instep. Maybe because Ms. Munro is British. Maybe it was that lady I met in the park with her niece when I was doing a photo shoot who told me she took adult classes there. (I have yet to see her again.) Regardless, not having Instep was an extremely difficult thing to process and being able to go into a studio that was brand spankin’ new to me and not panic was comforting. (And really saying something, I’m prone to panic.)
Ms. Munro was very kind to us and let us check out the classes to find our fit; even if we weren’t in the same age bracket, she let us do what we needed to get the training on the level we were. How many places do that? Not many, not many at all.

I figured out what classes were right for me and tried not to be awkward. I stuck with the few people I knew and seemed to gain a bit of cred for knowing Annika, which was awesome. (she goes to school with a few of the girls, so even though all of one talked to me before Nutcracker, they seemed to ease up around me. Tensions released. I was grateful.) I was grateful for my teacher who was bad at names because it gave me a chance to learn names along with her without being embarrassed at forgetting. The rest I picked up from rehearsals and asking around.

Most had no clue that I’m actually 26, which was kind of funny. Sometimes they’d look at me like, “Why are you in that class?” Because they thought I was their age, or at least in high school, some thought beginning college. But when we would get into conversation and someone would ask my age and I would tell them, they would then say, “Oh my gosh, I thought you were insert-age-here!” Then ask, “How long have you been dancing?” Which was when I could tell them “Three years in October” and follow up with, “I’ve been on pointe a year, but haven’t been able to dance more than three minutes until I got these shoes which was late September.” and then their eyes get wide and I feel like maybe where I am is okay. I find myself having to remind myself that these 9-year-olds doing doubles while I’m excited about landing a single well have been dancing longer than I have, even though they’re so young. And even so, this season has been my first that has been challenging me to be better. I was challenged a bit before, but not near as often as here. Bigger studio, more people, more challenge.

Well, now the pictures are starting to make their rounds and some of the principal dancers have given me their emails and I’ve sent over the links. The pictures are straight from camera, so sometimes I get a little embarrassed at their quality, but try to tell myself that it’s okay. The reactions I have gotten from the dancers has been nothing but encouraging. I was nervous about this, too, especially since I knew of a dancer that used to be here who also did photography. I didn’t want to come in and take pictures and really actually suck in comparison and look like I thought I was big stuff when I really wasn’t. (does that make sense?)
Anyway.
One of the principals was asking about pictures she had seen posted, so I sent her the links and felt horrible because I thought I had gotten more of her, but turns out I got the other girl she was sharing the role with more which is just the luck of the draw, but still. She was kind still, and one of the pictures she had seen was taken by my friend from the audience, so I was still able to find it for her and get it for her so she’s thrilled.
Here is some of what she had to say in our conversation,

You took so many! I feel spoiled! I had no idea you took so many!
Now I know who to go to when I need good dance shots!
Be sure and tell Mrs. M and Robin they are always looking for photographers!
And I hope you are auditioning for Wizard of Oz I know Julie would love to have you around!!
The Arabian ones are perfect! No worries thank you for the ones you did take that’s more than I could have hoped for!!

It really made me feel good to hear this. I don’t want to step on any toes or over any bounds while trying to find my place at this studio and in the company, so to hear such praise from a principal really warmed my heart. (And she’s not the only one. I’ve seen people make my pictures of them their profile pictures on social media and get so excited and it really makes me feel good.) Especially that she said she hoped I was auditioning for our spring show. It’s the first time we’re doing this show, so no one knows what to expect. I have no idea if there will even be a role for me. Based on who was cast in last years show (albeit very different than this one) it was the level I don’t do pointe in and higher that had the roles. So I’m not sure if I would even be considered. But maybe? I don’t know. I guess we’ll see what’s needed and what happens. Regardless, I would love to take pictures for them anyway.

And taking the pictures, honestly, I don’t do it with the intentions to get people to like me, or to try and show them I’m awesome or whatever. Honestly, sometimes I think I fall short and am mediocre because I am always seeing the people who are better than me that I know. (Even my friend with the picture the one dancer saw.) If you have the eye, photography is a lot about being in the right place at the right time.
I had never been in a place that allowed me the opportunity to get shots from the wings, and I think it is a very special kind of shot; especially for the dancer. It comes from the point of view they experience the show from, rather than the point of view they are portraying. (Which can also be good, but still.) So with this show, I wanted to try and break out of the box and challenge myself with my photos by taking what was in front of my and trying to display the beauty in it. To know that I took this challenge and people accepted it makes me feel like I’m doing something right in the world.

I shared the photos for a few reasons:

One was so that people wouldn’t write me off as a creeper–taking all these pictures and no one ever seeing them anywhere. It helps make them more open to take their picture (especially since I’m new to everyone) and warms them up to me.

Two was the fact I’ve known so many people to die that never had pictures of the things they loved doing, or did and that is what the family held to. Or people who grow older and have no proof or point of contact to show their children/grandchildren. And as I started passing the pictures around, I heard more than once of girls who were Clara who didn’t have a single picture to show for it, or older dancers who have no photos of their career. That is sad to me.

Which leads to Three. I’m there anyway, my camera is my second left arm. It’s so easy for me to take these pictures and host them for them to download and have. If it’s so easy and absolutely no skin off my nose, why wouldn’t I do it? If it’s effortless and noninvasive and does something for the betterment of someone else, how could I not?

This may sound silly, but it makes me feel like my life is worth something; like I’m doing something good in this world. I don’t feel that often and really struggle with the thought of my life not having meaning, and I swear I’m not as shallow as that sounds. But still. I have one life and I want to do as much good with it as possible. I want to fill my days and not just let them pass me by. Once they’re gone, they’re gone.

It’s why I dance. It’s why I shoot.
I want to take parts of me and give them to people. Whether it’s an image or an experience. 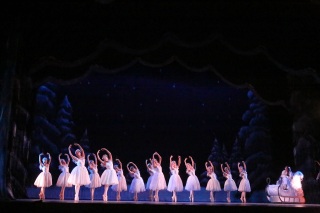