Swan Lake auditions are now behind us.
(we survived, thank God.)

Friday night, Annika and I stayed at the Munro studio after the class I assist to work on a project she has for school, as well as a few things for auditions. She helped me with my chaines and jetes and the darn tombe, coupe, jete which I despise. Most of what I have to work on will take thought and time. She helped me get the feel, which is the biggest hurdle.

Saturday began back at the Munro studio to work the front desk during classes before my audition since everyone else was downtown for the first audition group. I think it ended up being good for me, so I wasn’t just sitting in my house drowning in nerves, waiting for it to be late enough for me to justify being early.
(The struggle is real)
We got there, registered, got our audition numbers, and the madness began.

We did a quick barre in our number order, then put on pointe shoes immediately for the rest of the two hours we had for the audition. Thankfully, I wasn’t in the first group, but I don’t know if that was really a good thing. Our group was pretty level in ability, which meant that there wasn’t really any advanced girls, which seemed to be what it was favoring. (I mean, obviously, it’s Swan Lake.) I think of all the groups, we probably looked to be the least together and able, but that’s going up against some hard hitters, so I don’t think it really worked too much against us as a whole.
There were a few things that were out of my depths, and even things they would have understood had I not tried. And I didn’t think I was going to on two specific things. One was really overwhelming for me in the moment and I got permission to sit it out, which was tough for me to even ask. But I was near tears and knew I was capable of the different steps, my brain just wasn’t wrapping around putting them together for some reason. But, thankfully, Mari is a doll and took a second to help me understand what was happening and I did it on demi-pointe to at least put forth effort. The other part was at the end and my toes were so dead I was afraid to try what they were asking would make me roll my ankle. (Keeping in mind the last time I rolled my ankle was when I pushed it at the end of an audition.) So instead of sitting it out all together, I did it on demi-pointe as well and didn’t beat myself over it.

We started with the different variations. They were pretty fun and actually not excruciatingly difficult. I mean, I couldn’t up and perform them right then and there, but I know I could learn them and be capable of doing them, which left me feeling really good. We had some bits that had turns I couldn’t do, which was really frustrating for me personally. I still tried, and did demi-pointe if I couldn’t manage, but it was definitely frustrating to be incapable when I know I should be able to do it. They were in two different variations, and the very last one, I said, “Screw it, I can’t do it, just do everything else well” and made myself include the sous-sous after the turn in that. Low and behold, the very last time, I got the turn. It was when we repeated it a second time, so I had just done the sous-sous and went in to do the turn again and managed to do it. So I left that segment feeling pretty okay.
I started hearing complaints that they were saving the swan parts for last, in a “how dare they, what are they thinking?” kind of way, but really it made sense. Swans takes a ton of endurance, and if you can’t do it at the end of audition, there’s no way you’ll make it through performing. We did a core bit where you had your leg in arabesque (really Giselle-y) then switched to three brushes forward, then switched legs, and back to the brushes. If that makes sense. It had a lot of specific head direction, and was required to have your leg at least 90 degrees (consistently) as well as keeping in time with the people in front of you. I actually found this quite fun, and my knee held up for it pretty well. I know I have vast room for improvement, but the point of audition is to show you’re capable where you are, not that you’re perfect.
We then broke into groups of four based on height and did the first part of cygnets.
Thankfully, I’m friends with girls my height, so it was fun to get to do this bit with them. I knew I wasn’t able to do it all, especially with all the pointe work it required and the speed it required it, but I didn’t want to hold them back because of my inabilities. I managed to be able to do what I was able to do well, and the things I wasn’t as good at, I was able to maintain the same height as the other girls as to not throw them off. In the end it was fun! And didn’t leave me hating myself after, so that was nice.

Overall, we survived. And I think it’s safe to say this is the best I’ve felt after an audition. I’m a bit nervous, but I know I did my best and showed them what I’m capable of. I’m not really worried.
Regardless, I’m very excited to be a part. I’m grateful to have wonderful friends by my side throughout this entire process, and excited for this season ahead. I know it’s going to be long, exhausting, and slightly overwhelming trying to balance this, recital, and work but I also know I will be sad when it is all overwith. This is what makes me feel alive.

For the first time in a long time, I love my life. I love everything about it. I wake up and don’t dread anything. There’s stress and complications and things that aren’t perfect, but it makes sense. It has a reason. I’m not afraid of being kicked, so to speak, for no reason or nervous at what the world may throw at me.
I have beautiful people in my life that make the things that aren’t perfect more bearable. I’ll have insurance again soon and hopefully can get back to the doctor to maybe run more tests to see what certain foods are hating me. I’m not afraid of that either, which is nice. I like where I am, and I’m so grateful to get to feel this way. 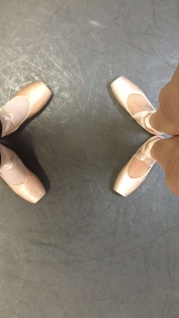 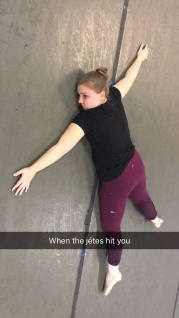 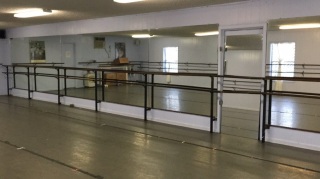 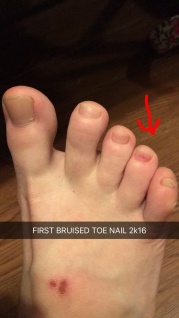 (post Swan Lake audition)
I missed my friends so much that I stayed for festival rehearsal even though I didn’t have to be there. I love them, and I love getting to be in this environment and among these people. 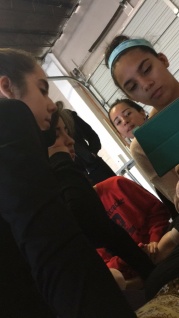 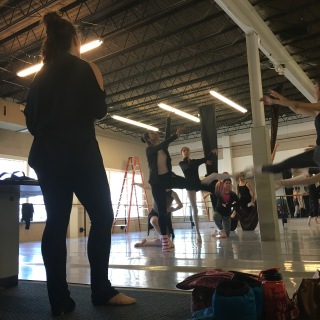 (Mrs. Alex watching the run through. She’s so incredibly gorgeous it kills me. How she stands there, so poised, then nonchalantly busts out these complex moves with such grace. Gah, I love her. She’s a wonderful human being. I love her heart and how she wants to see us succeed.) 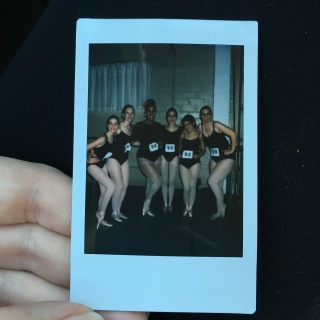