*but really this time.

If you’ve been following for a while, you remember the first time I tried to see the Houston Ballet.

This time, we went as sort of a make-shift studio field trip. There were over 20 of us all together, and we all found people to drive and ride with, got directions on how to get there, and what time we wanted to meet at the theatre.

My car had the potential of being full, but ended up being only me and one other girl. I was just grateful to have someone to go with me. From where I live, Houston is about a 3 hour drive, (used to be 4 before the speed limit went to 75-80 half the way there) and I knew, especially coming home, that it would be a bit of a risk for me to make that solo. This weekend was packed already and my body was pretty pooped, but I was super pumped and it all worked out pretty well. Kara was great company, which made the journey to and from half the fun!

If you’re not from Texas, you may not know what Buc-ee’s is, or understand our obsession with a certain beaver, but here it’s a sort of tradition that we must stop at the gas station with the cleanest bathrooms in the land and stock up on beaver nuggets. (Which sadly hurt my teeth now, but we stop just the same.) 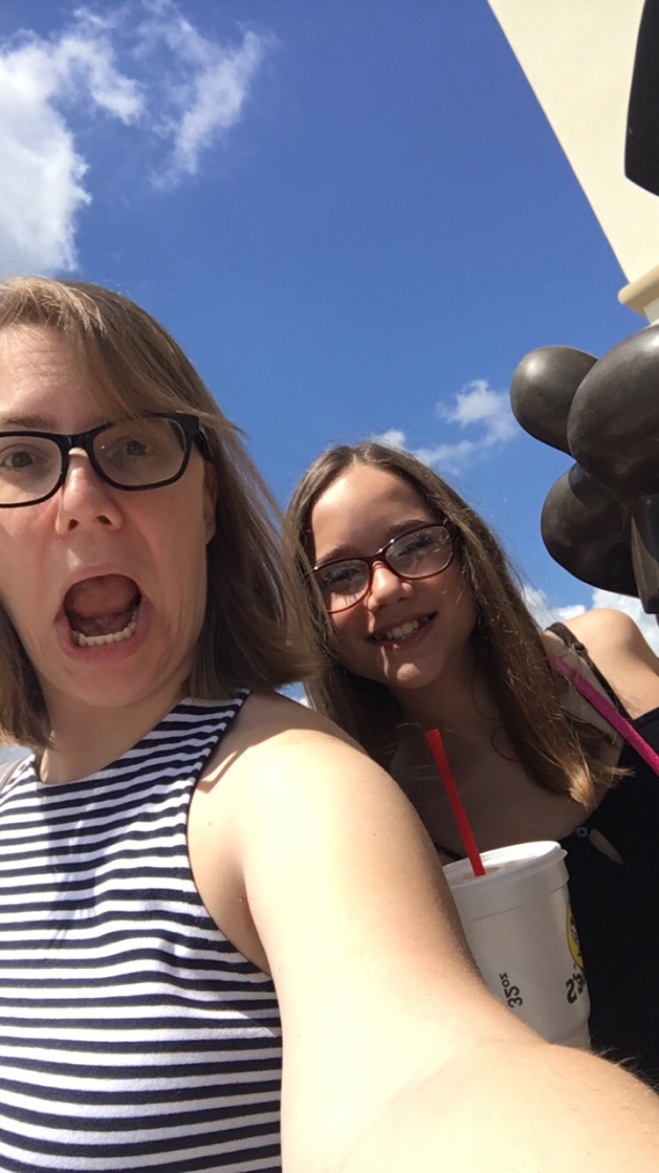 My arms weren’t long enough, so his nose just got in it.

We got to the theatre early, found parking, and followed a sweet couple, who were ballet aficionados, into the theatre as the husband cracked jokes with kara and they talked about school districts. (He’s a teacher.)

We got to the theatre, picked up our tickets at will call, (“there’s about 10 of your people up there already!”) and got our tickets scanned.

That was the part I never got to before.

Kara and I rode the escalator up (she, in an arabesque, me putting everything on my Instagram story) and took in the wonder of the lobby, all decorated in larger-than-life portraits of dancers and videos projected onto high walls.

Our seats were up in the balcony, which, for La Bayadère, i was actually quite excited for. I don’t know much about the different classical ballets, (yet) but I did know Shades was in this one, and I was excited to be able to see the shapes and lines.

I was also super excited, because the principal dancer dancing Nikiya was one of the first dancers I ever learned of when I first got into ballet and started learning all about this world. I didn’t know she would be dancing this part that day until we got our programs, when I obviously freaked out.

We took the elevator to our seats, which Ms Munro pointed out the elevators actually worked here. She has stories of having to take elevators to the stage and one getting stuck between floors while she was in it and she could hear her music playing, and another when all the floors were in German, so she couldn’t figure out which one meant “stage.” (Though now she can still tell you.)

The stairs to your seats were steep, making for great, unobstructed viewing. I also loved that you could see the Orchestra from where we were. There’s something about a live, professional orchestra that just does something to my soul. 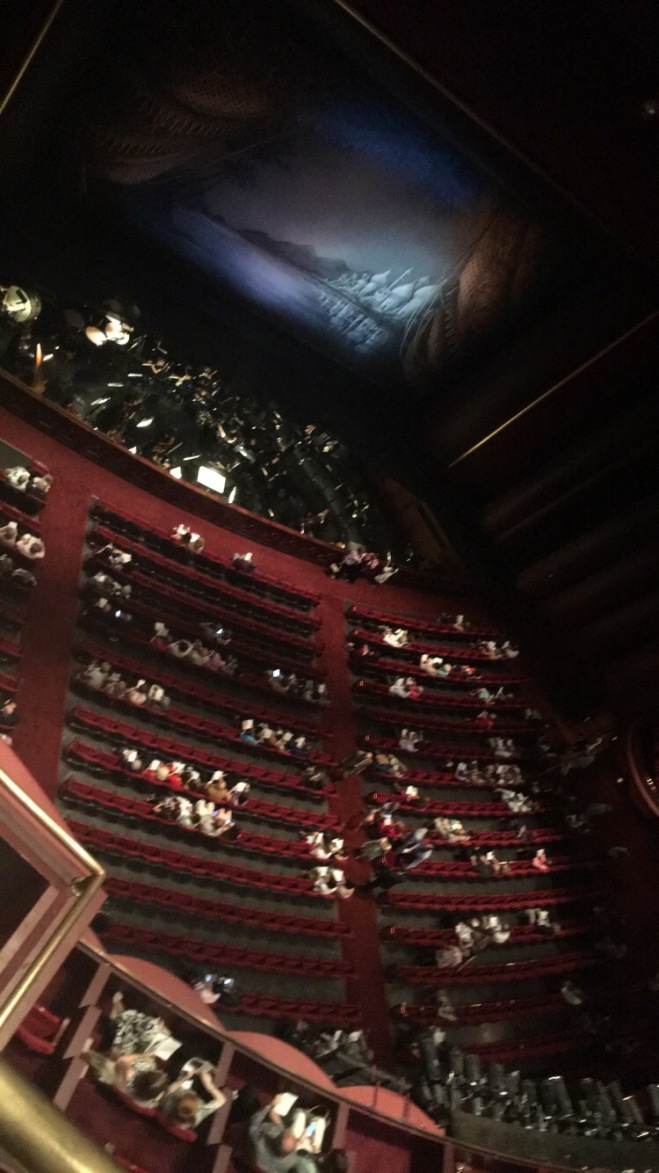 The set design and costumes were absolutely divine. It’s also cool to know that some of the costumes we use now were once used by the Houston Ballet.

Ms Munro had a pair of binoculars we passed around, where you could really see their faces and the articulation of their feet.

Plus the set design. Don’t worry, I took this during intermission.

I was blown away by how into it every person was. From the young dancers that were brought in for certain scenes, to the side characters, everyone was 100% on, 100% of the time. Plus, you could really see how each and every one of them pointed through their feet any dang time they moved them, something that comes with loads of training and hard work.

The men overall were insanely impressive, with their flawless and complex jumps and turns. To say I was in awe would be an understatement.

Sarah Webb was a brilliant Nikiya, so fluid and light in all of her movements. Like there wasn’t a possibility at all that this took an effort, or could possibly go differently than planned or rehearsed. It was artistry like I’d never seen.

The chemistry between her and Charles-Louis Yoshiyama was quite convincing and very well done. I was shocked to learn later that this was his premier as Solor.

Gamzatti, Soo Youn Cho, was also absolutely incredible. There was this moment where she held this balance so long that I didn’t even know I would want to count but I was mad I didn’t cause she was there forever.

Also of note was Ajah, who freaking killed (pun intended) her role, which was danced by Jessica Collado.

I was really impressed with how well the story came across to someone who knew nothing of the story line before walking into the theatre that day. I want to write more about how impressive it all was, but I truly just can’t find the words.

Shades was absolutely enchanting. Their formations and lines were near flawless, and that first girl who came down that slanted part of the stage and had to do the same combination so many times to allow for the other girls to all get on stage in succession, (24 of them) and also to keep the path so perfectly as it weaved across the stage–ah! It was a sight to behold.

If someone asked me what my favorite part was, I think it was Shades, because it is the one I relate to the most. Obviously, I could never be Houston Ballet corps caliber, that’s just not in the cards for me, but I was Corpus Christi Ballet corps caliber, so I brought to mind the struggles of putting on Swan Lake and how difficult it can be to learn to get the timing right and all that goes into it. I appreciated how much these 24 girls work their butts off, especially there three with the added solos (shout out Tyler Donatelli) for how much really goes into being able to make a corps role look good as a whole. They all knocked it out of the park. The straight lines and the different shapes and the transitions were all so incredible that my mind couldn’t keep up with trying to figure it all out, which is how it should be.

The endurance all of the dancers in this production have is something that should definitely be noted. The hard work and training and time and energy that goes into putting on a production like this is not something to be taken lightly or scoffed at.

The ending scene was also so impressive. The gods were so freaking still before (spoiler alert) the temple comes crashing down that had I not read the cast list, I would have thought they were actual statues. The stabbings were well done to look as realistic as possible without actually shoving a dagger into a dancer. Like. Woah.

I had the binoculars during moments with each of the principals, as well as the shades and some of the Gamzatti sisters, and I found it hard to believe that Sara Webb and Soo Youn Cho weren’t actually their characters. That they weren’t angry like the parts I saw of their faces, hardened towards each other. The acting was as impressive as the dancing.

Some of my favorite moments I want to remember:

Watching the dancers and realizing that I knew the names for each step they were doing was an indescribable feeling. Knowing that we are all part of the same world, though very different levels of it. It’s cool to know that the same things I do in class are the same things they’re doing on stage, just in a different order and with was better technique and execution. Knowing, also, that these are the same things that generations of dancers have done before us is one of my favorite things about ballet.

After the show, we got to go into the green room and meet a few of the dancers. We got there kind of late and I was bummed I didn’t get to meet Tyler Donatelli who was in there but slipped out before I could meet her. I have followed her on Instagram for quite some time and posted a comment afterwards that’s slightly awkward and embarrassing because I’m slightly fangirling but seriously I loved Shades and she killed her solo.

I did get to meet Sara Webb. We took a group picture and got her autograph and I am proud to say that she is so very nice and not as tall as I imagined, which is actually good because it means her dancing makes her appear taller and her limbs longer which is what we all strive for. I can officially die happy now, though I hope I don’t actually die soon. Even still, this is a moment i won’t soon forget.

I’m the awkwardly tall one, hi.

We also got to meet Soo Youn Cho and Charles-Louis Yoshiyama right as they were starting to kick us out. They were also so very kind and didn’t hate the fact that there were a bajillion of us.

I swear, I was on cloud nine. I know I’m freaking almost 30, but still. This was a dream come true. More than I ever imagined when I set out to follow this silly dream of dancing ballet that had planted in my heart as a young girl and was denied me for so many years.

I snuck up to Charles to get the third autograph because we were supposed to be leaving, but I have no regrets.

Here are a few more pictures

The couple we followed 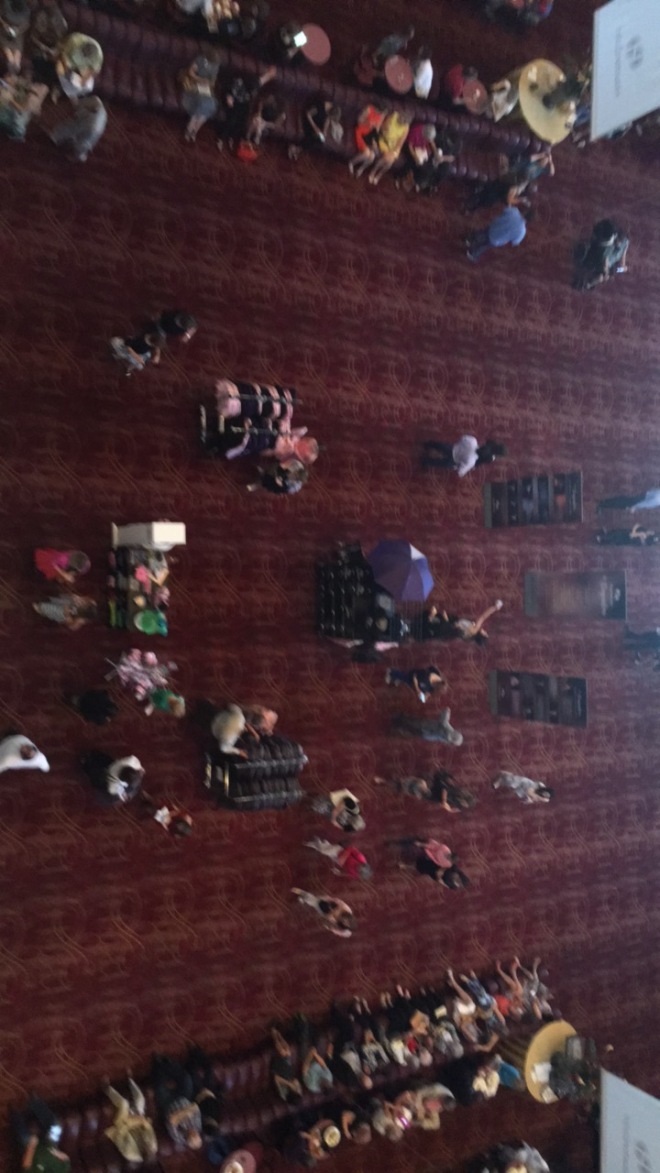 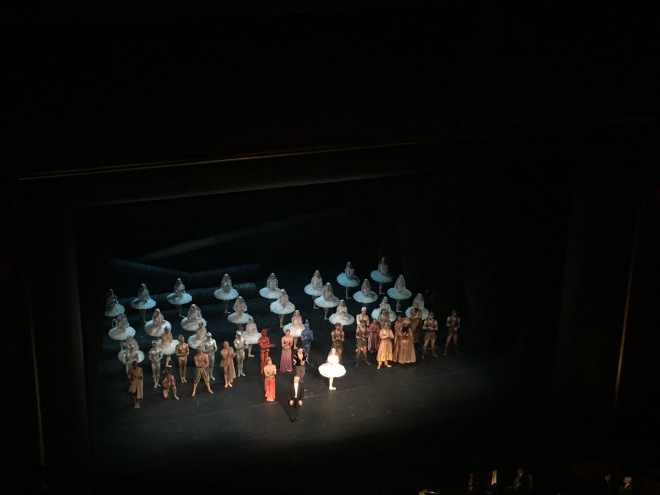 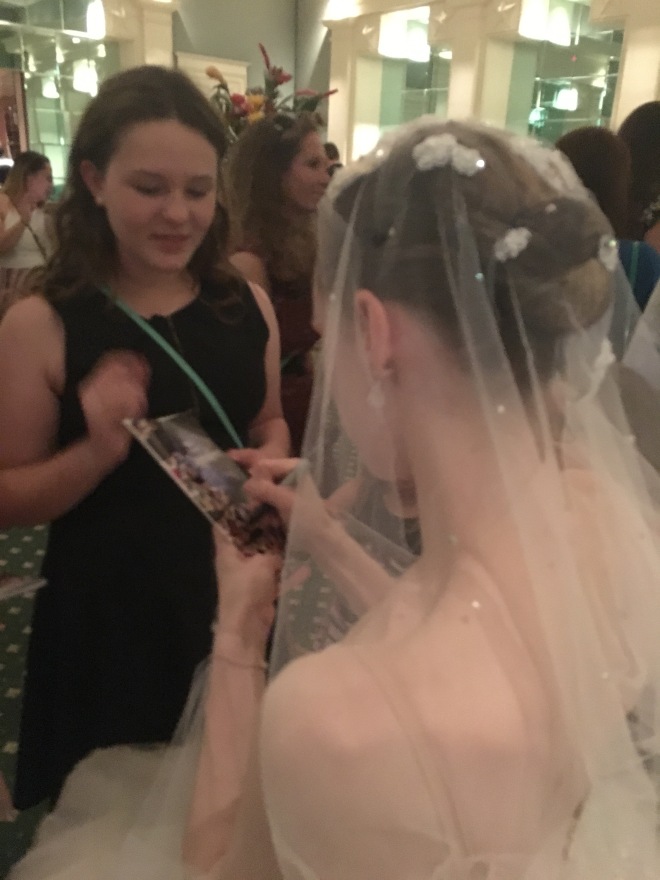 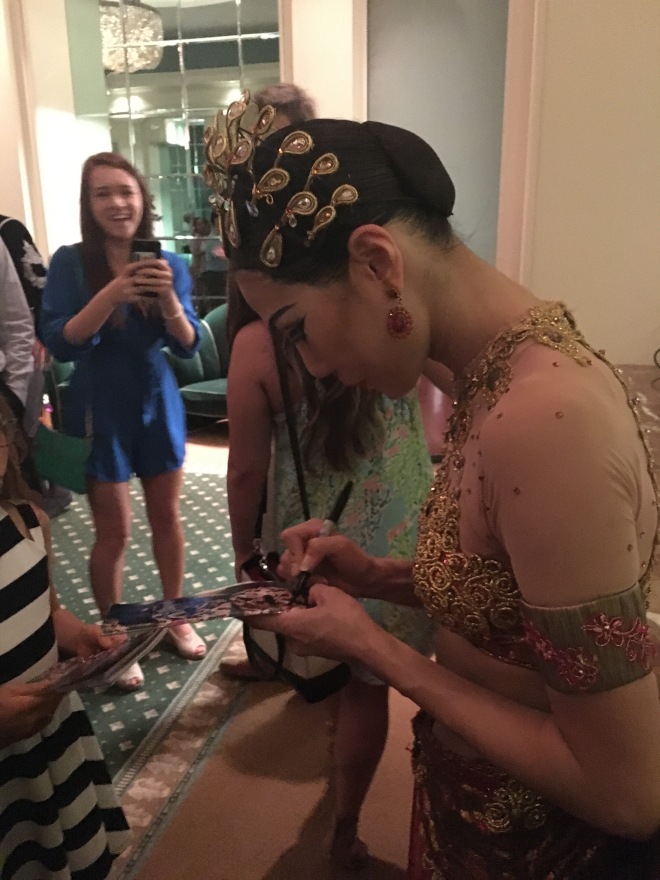 (In case she ever sees this blog, i included this picture of her and her friend. Excited post-show hugs are the best)

This is an experience I’ll never forget.