We’re getting to the point in rehearsals when we are starting to have Friday rehearsals as well as Saturday and Sunday. Since we have the company studio, and the ballet studio, we can, in theory, have two going at once.

Last week we had hoffraulein downtown to help teach the new girls the first part that they’ve missed. I was late to the rehearsal since the class I teach ends at 7, which is when the rehearsal began. The cover is my assistant on Fridays, so I didn’t have her in class, but I wasn’t the only one missing, so she was a few different places. Our director also asked a few of the birds if they could stay and be place fillers to hopefully make it less confusing for the girls we were trying to teach as there are many patterns. In doing so, it was realized that somehow, things from one of the first rehearsal were done incorrectly, putting people in different spots. Thankfully, we fixed it, so hopefully now it should be correct.

I think I’m on a good up tick of feeling better, though the fatigue is setting in. I was able to make it through the rehearsal and finally understood this part with chaines that I’ve been struggling with and my teacher friend has been helping me with. Hopefully it translates to pointe as we just did it in flat shoes last weekend.

On Saturday, we had pictures. Our hair is to be in braided crowns for the entire show, so I woke up early and bribed my friend with coffee and breakfast tacos to braid my hair before the classes I teach. (Easy bribe 😂 she’s a great friend.) I ended up having a few new students in class, which made me get out a little late, and I was already late for my photo time since it was scheduled for the same time my last class ends and it takes about 20 minutes to get to the other studio in Saturday traffic.

By that point, my hair was pretty covered in flyaways, but it was still good for pictures. Usually photo day seems like a long, drawn out thing, but this time it all felt like a rushed blur. With so much else going on with work and everything, a dear friend kept me hydrated and made sure I left after I was done so I could try and get other things done I needed to do. Bless her.

As promised, here are a few pictures! 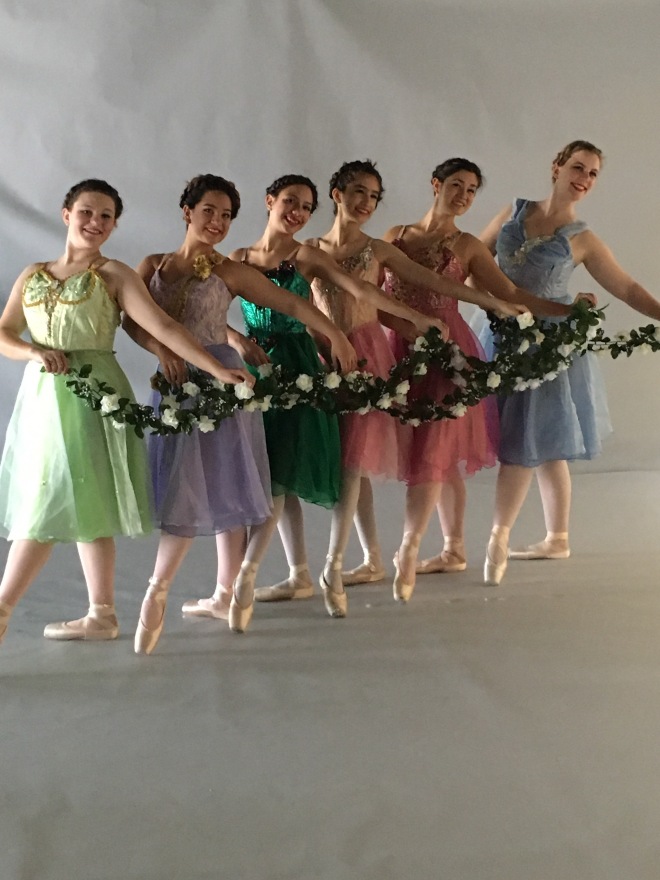 The White costumes are for Weiss Frauen and the colored ones are for Hoffraulein.

And, if you were a part of the Instagram live that night, here’s “Drake”

I have rehearsal again tonight after teaching, but it’s at the same studio, so that will be nice. I also have rehearsal tomorrow and Sunday free, which I’m super grateful for.

I had my appointment with the rheumatologist yesterday. Overall, I really liked her. She confirmed that the gastrointestinal specialists i had seen are the worst in the city, but that they got at least something to go on. She was very knowledgeable and great at making sure I understood what was going on.

We’re re running the blood work, as it’s possible the positive I got on the autoimmune test last time was a false positive. It was such a weak positive that it could be nothing. This is a pretty disheartening thing, but she’s not giving up on me. There’s clearly something wrong, it just looks like so many different things.

She’s referring me to an orthopedic specialist, checking to see if my joint pain could be from early osteoarthritis. Which, if it is and we’re catching it this early, she’s very hopeful.

I did note my hypermobility without me saying anything, and when she did I asked her about Ehlers-Danlos Syndrome. She doesn’t think I have enough of the other symptoms for it to be that, but did say that the hypermobility could be part of the problems I’m having as well.

She’s also going to send me for allergy testing, but I don’t know when that is going to happen. It’s going to be quite the process, and hopefully I can afford it all as my insurance is a co-op, so I pay as a cash client and office visits aren’t covered. I’m hopeful. I’m trying to stay optimistic. There are many gaps in support where I wish there wasn’t, but I am grateful for the friends I have that are here for me through all of this mess.