This year has proven to be quite the challenge.

One of my classes is already closed, having 16 girls enrolled. They’re super cute and love being there, but they also love to tell stories as most five year olds do. I have to figure out how to keep it fun, but also keep them focused. I’m trying to hard to learn everyone’s names to make it easier, but hot dang there’s so many names and many of them.

My birthday was on Friday, falling on the day with my 5/6 year olds that are quickly becoming my favorite. They’re focused and full of life, and since it’s a bit of a smaller class it seems to be easier to keep everything on track. I brought cupcakes for them, and they were absolutely delighted. So stinking cute. At the end of class, they insisted on singing to me, which absolutely melted my heart. I should have filmed it. Such dang sweet kids!

Saturday’s 6-7-8 year olds is looking really promising, though I worry the younger ones might get bored, not being used to the discipline of it all. I try and balance it all out as much as possible, having the discipline as well as still making it fun. I’m excited to see where it goes.

My 3-4 year old class had twelve kids in it yesterday. Twelve. Last weeks class went so well, I actually got through everything really quickly, and this week I realized why. There’s a couple students that aren’t the best listeners. They weren’t there last week, making the difference super evident. I have to remind myself that I’m the teacher, and it’s my job to keep control of the class. That to not address their behavior isn’t fair to the other kids in the class who are missing out. Thankfully I had both of my baller assistants, making it at least possible to get through. I don’t know what I’d do without them.

I was subbing two Friday classes, one of which I didn’t have an assistant for, the other I had gotten with one of the homeschooled assistants before hand to see if she could help me out. Thankfully, she was able to be there for the first one, which was the more difficult of the two. I didn’t have my assistant for my class, which usually wouldn’t be an issue that day, but i think having so many clssses without assistants for various reasons has gone a number on my body. By yesterday, i was in a lot of pain.

I think I’m doing more than I should be doing, though at this point I don’t really have any more that I can cut out. I’m sure the dang hurricane isn’t helping things, since it’s making me have to do more than I normally would. Yesterday makes the second Saturday in a row that I almost passed out. Thankfully I have been able to sort of recognize the signs and be able to stop long enough to avoid it, and also know that’s when I have to stop. I’ve been trying to use my Sunday’s to do nothing, hoping it helps my body recover some to make it through the next week. I wish I had an extra day, even though I’ve literally had an extra day for the past few months since we haven’t been working Fridays. I can’t really do anything more than take it one day at a time. 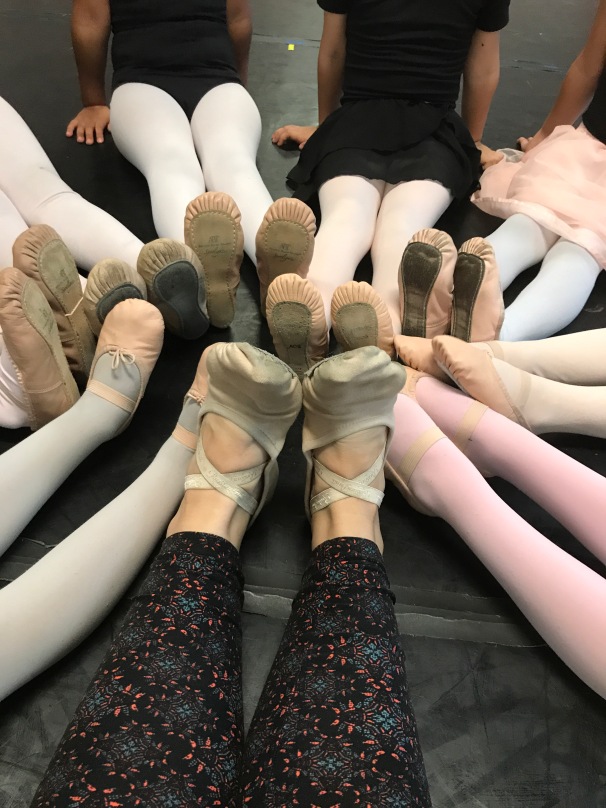 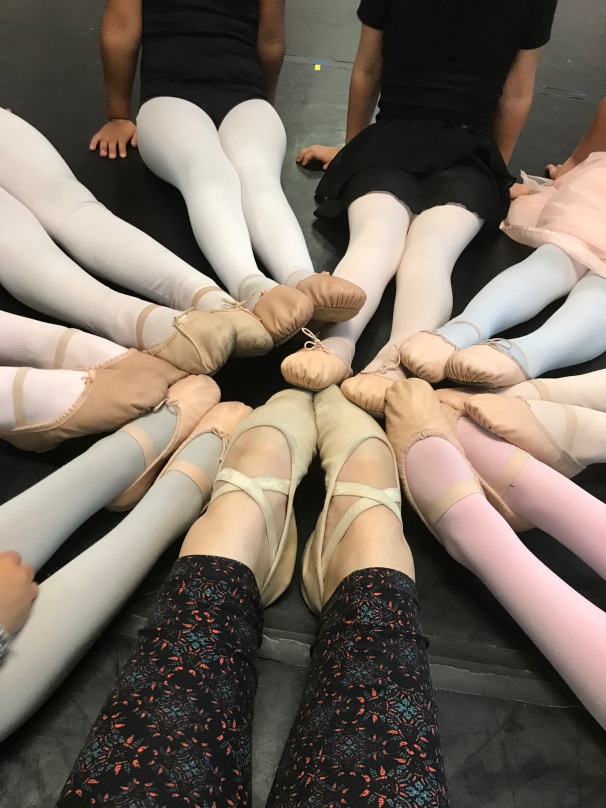 My Friday babies were super cute, and decided our feet looked like a flower.