“Can you quote me on your blog saying, ‘It was literally negative two degrees today in the theater.'”–Abaranne Henderson

I think near about everyone would agree with me when I say that today’s warm up got off to a slow and sluggish start. I was actually almost late to warm up because it just didn’t feel like it could possibly already be time to leave my house yet. (that, and I thought it started 30 minutes later than it did. Good thing I’m always early!)

We got there and got going and it all started to sink in that this was the last day of Swan Lake. This was my last time doing this show with these people. Some big ones will be gone next year, and it’s weird to imagine it without them. Anything could happen, and people we expect to be here next year might not be. I’ve felt this feeling before, and it really just reminds me that tomorrow is never promised. We have to dance today like it’s our last.

I stood there at the barre, looked around at these people, and realized how we truly are a family. It may be dysfunctional at times, but we wouldn’t be able to do a show without each other. Each member is important. These people would drop anything to help the other, even if we may not be super close. It was really cool to see dancers bond with other dancers simply on the basis of we were in this together. We need each other. We have to rely on each other. And when we do, beautiful things happen. Beautiful shows are produced.

Good shows are ones you almost have to grieve when they’re over. And this one was a tough one; physically, mentally, emotionally. But it made us all stronger, better people. I wouldn’t trade a bit of this experience for anything.

Warm up went well. My Dad text me saying they were there early (beat the traffic!) so when I knew they were inside, I snuck out to see them. It meant so much having my family there to support me. They had to hear all the stories from rehearsals, the struggles, the questioning, the concerns, the triumphs, the hopes, the fears. And here they were, happy to see me dance.

I went back to the end of warm up, but couldn’t do much of it since it was jumping. (wanted to save my knees.) After receiving one of the best gifts ever, I went back upstairs to finish getting ready. We received really sweet swan cookies, and laughed in the dressing room. It was fun. 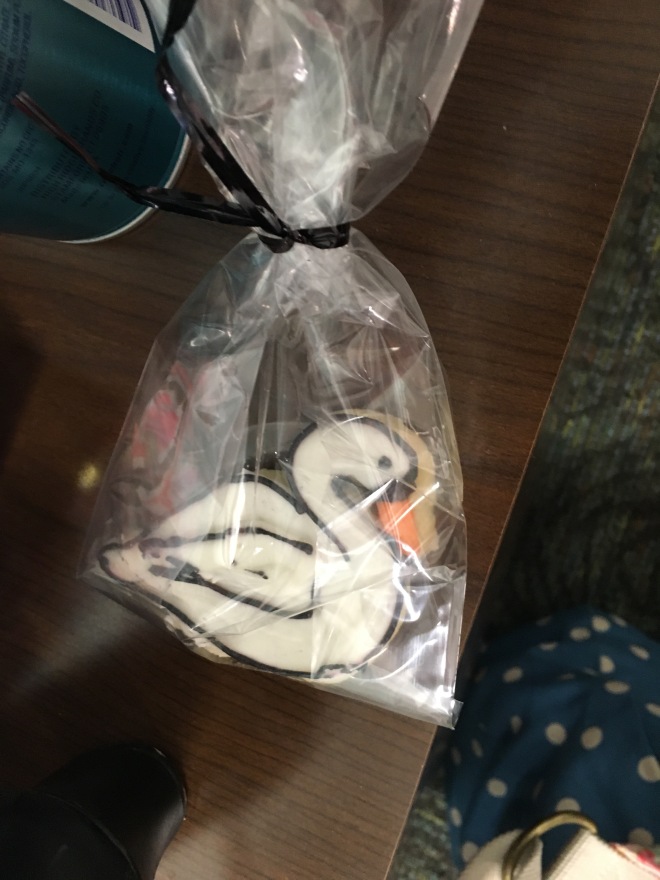 I made a Nutcracker book of polaroids after a really amazing gift from Mrs. Alex in our office secret Santa, and decided to do the same for Swan Lake, so I got ready and went downstairs to see what I could get pictures of that were specific to the show. I’m not gonna lie, they’re pretty great. It makes my heart so happy. There’s something about polaroids–you get one shot, and it really makes you think about what you use it on. It tends to be spur of the moment and not over thought and the things that really matter. The things you really hold dear to your heart. It makes me so happy.

The show started and Act I began. My friend and fellow Hunts Woman Lillian and I stood by each other, which was so much fun. She makes me so happy and we really hammed it up, almost unintentionally. We were just having such a great time, it was convenient that our characters were the ones that tended to be a little heavy on the alcohol.

It went near flawlessly, and the little slip ups were covered so well. There was a moment when one of the Friends’ necklaces fell off. We all saw it untie and start to slowly slip as she did her solo in the middle of the stage. Thankfully, it held on until she was near some villagers, one in particular that was sitting on the ground and very observant. She grabbed it like it was nothing out of the ordinary, put it behind her, and another villager (Polaca? I think they were Polaca) grabbed it and got it to the Friend who put it back on before her next part.You wouldn’t even know it happened if you didn’t know to look for it.

We finished up and went into Quick Change, where everyone was really feeling the fact that this was the last time. It was the last time I would wear that costume, which I absolutely loved. I was going into my last time as a Swan. This was it. I made it. I did it. Everything I worked so hard for was about to be over.

We all got ready and got side stage. We pumped each other up and went over certain parts and got in line and went for it. Let me tell you, that first entrance onto stage is a feeling I’ll never forget. I may not have gotten to do bows, but I got that entrance, and it was everything. Absolutely everything.

I knew I had a few problem areas that I always seemed to struggle with. The first being in that part Lauren does that I hadn’t done since the first few rehearsals. Ileana went over it with me and I finally got it today. Going from there, I went into the right placement after the pose, not getting mixed up on who I was doing and awkwardly running across the stage like in rehearsal. I had the correct foot, I remembered to switch my arms *most* of the time. Going into the finale, I started preparing myself for it. I went over the steps in my head and pumped myself up.

“You got this. You can do it. How do you know that? You’ve done it before.” and I remembered a conversation I had with a friend this morning about how your words have power. “You’re not gonna mess up. You’re gonna get this right. You know what to do. You can do this. You can do all things. Through Christ. He strengthens you. Even in something like Swan Lake. And I could use strength right now in every literal sense. Who says you can’t do this? Decide you can, and you can.”

There was a point in the very last part of it before we pose again that I semi-rolled my ankle, but I didn’t mess up like I usually do. I did it en pointe. I was lifted. I did the correct leg. And the near-roll wasn’t until the second to last one, so people were in front of me which made it less noticeable.  I could hardly contain my excitement. On the day it mattered most, I did it. God helped me, and I did it.

Sometimes you can really hold yourself back by doubting yourself. What do you have to lose? Try it and surprise yourself.

(There was a point during these chugs we do that I got caught on a passing swan. It was pretty funny to me. Anyway.)

We finished with the runs, which I also pumped myself up for, and feel I did decently. I ran off stage, following my fellow swans, and completely exploded in excitement when we got there. I was so excited. I was sad it was over, but so elated that this even happened.

We all got group pictures together during intermission, then I went upstairs to change for Act III. When I got back down stairs, we got group pictures as Court Ladies, and I got more polaroids from the second part of show, including the Black Swan tutu.

Act III went really well. Mia killed her part, as did Michael–our Prince–and everyone seemed to just really be on point tonight. (also, shout out to cygnets. You guys did so incredible it took everything in me not to cheer from stage.)

From there, I helped the girls in quick change get back into swan for Act IV, then went back upstairs to change into Swan so I could see my parents in my tutu.

I caught the end of Act IV from side stage, and really tried to take it all in. It was perfect. This show is magic, I swear.

I got to see my family afterwards. They got me flowers and bought me a shirt and program. Dad said he would have taken out the swan with the cross bow if it were him. Hehehe, I love him. I was so glad to have them there today.

I also got to see my friend Bailey, and my sweet Ayla and her friends for her birthday. (Her birthday is actually tomorrow. She’ll be 8!)

Afterwards I had dinner with my dear friend, Annika, and went to see a movie with the true MVP, Maddie.

Overall, it was such a success.

Both happened. And even though I didn’t understand while it was happening, I think everything happened exactly how it needed to. I was able to learn and to grow. I better understand myself and have learned so much about myself. I’ve learned how to be a better person. I’ve learned a greater level of respect. I’ve deepened friendships and seen true colors, which does my heart well. True kindness came out this show. And it’s a beautiful thing.

Here are a few of the little details I’m going to miss about the show.

And now, here’s some pictures from today. 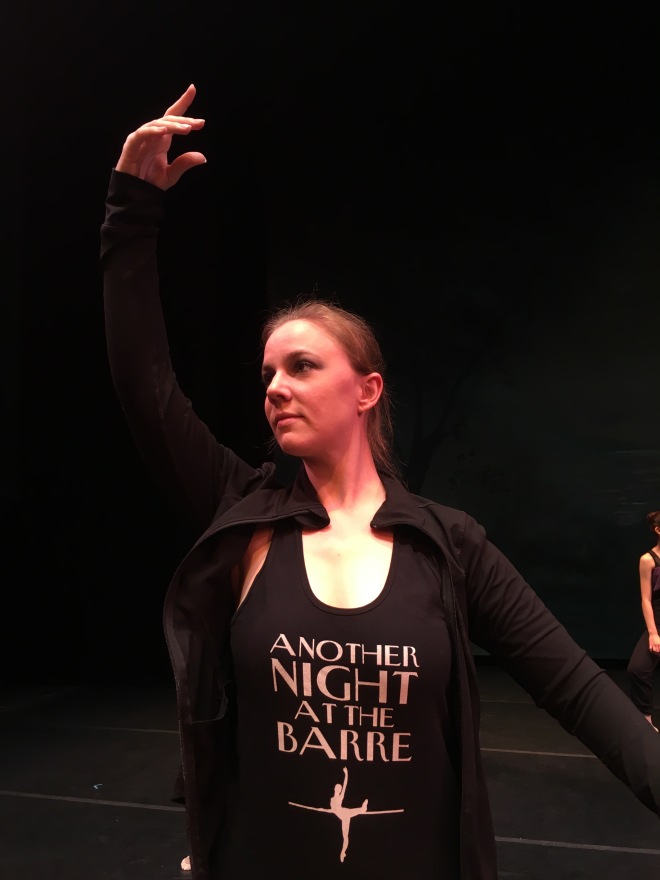 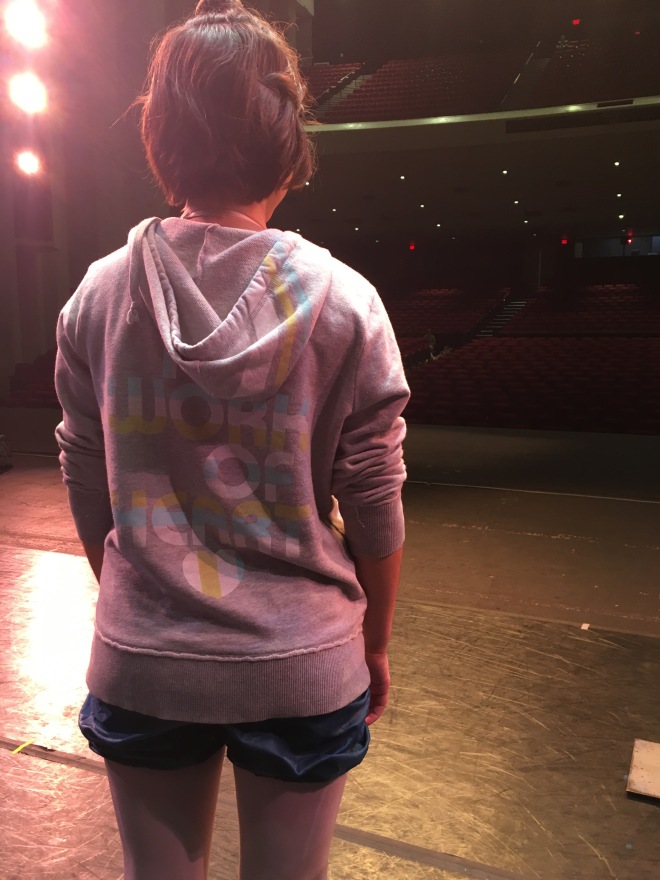 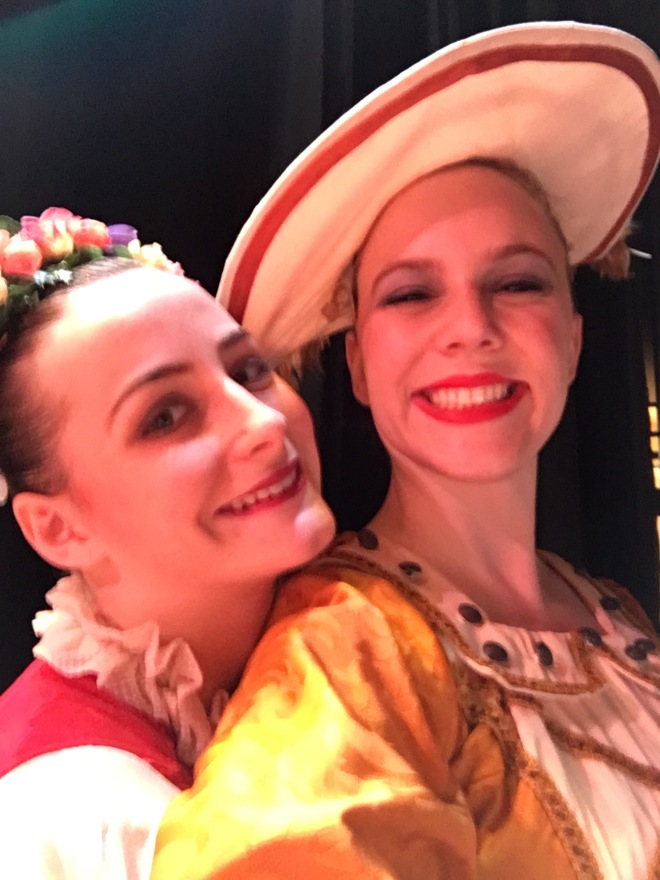 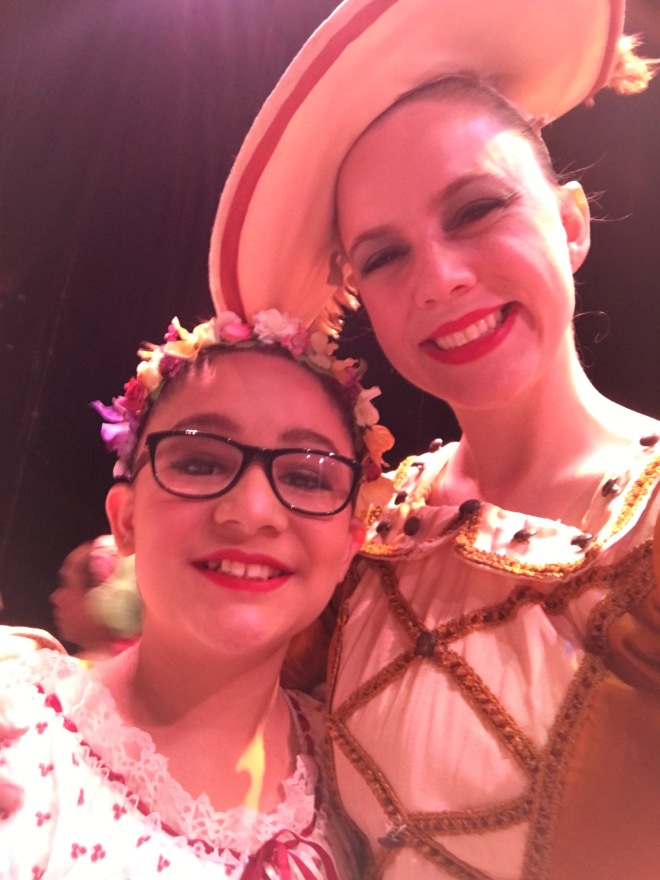 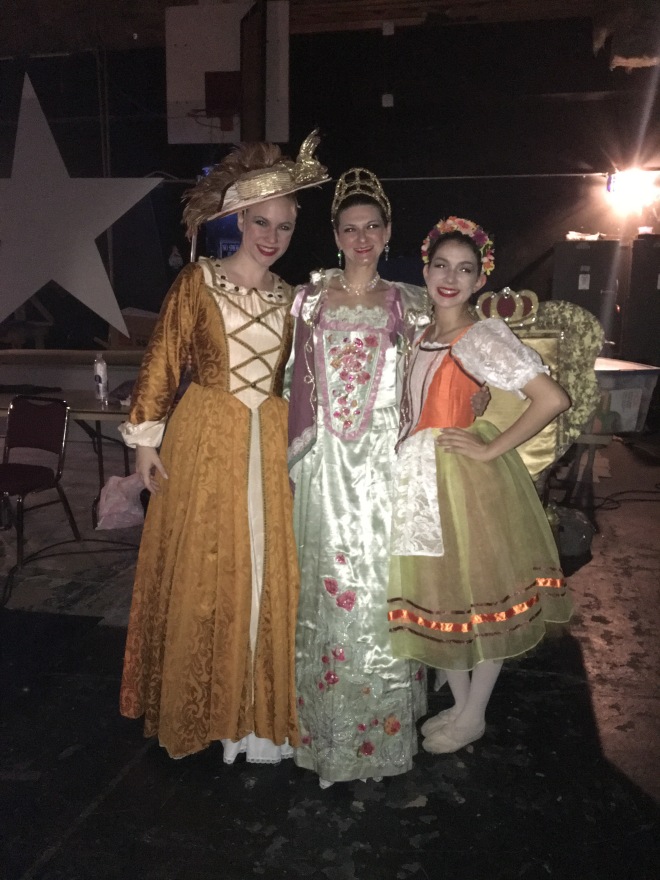 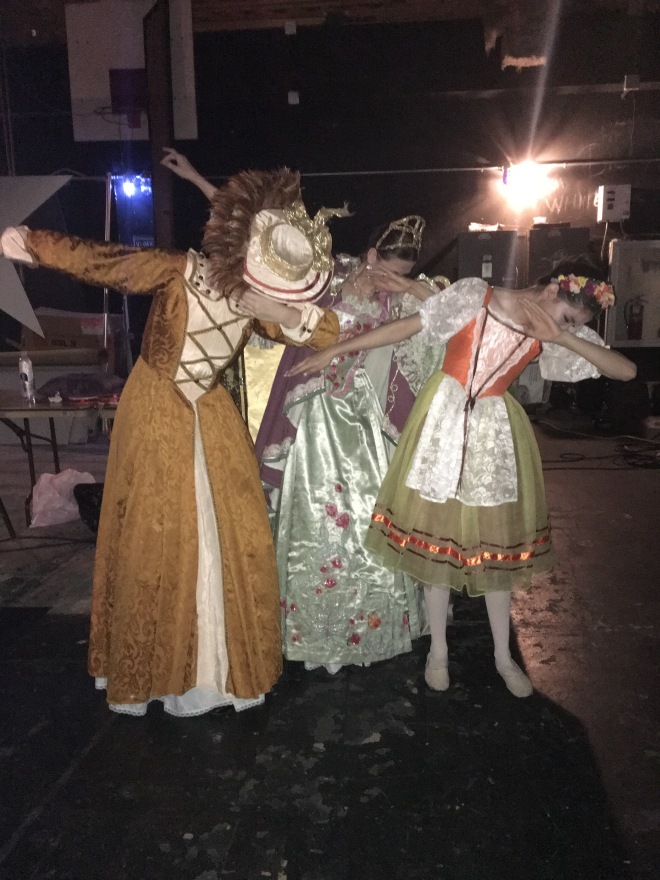 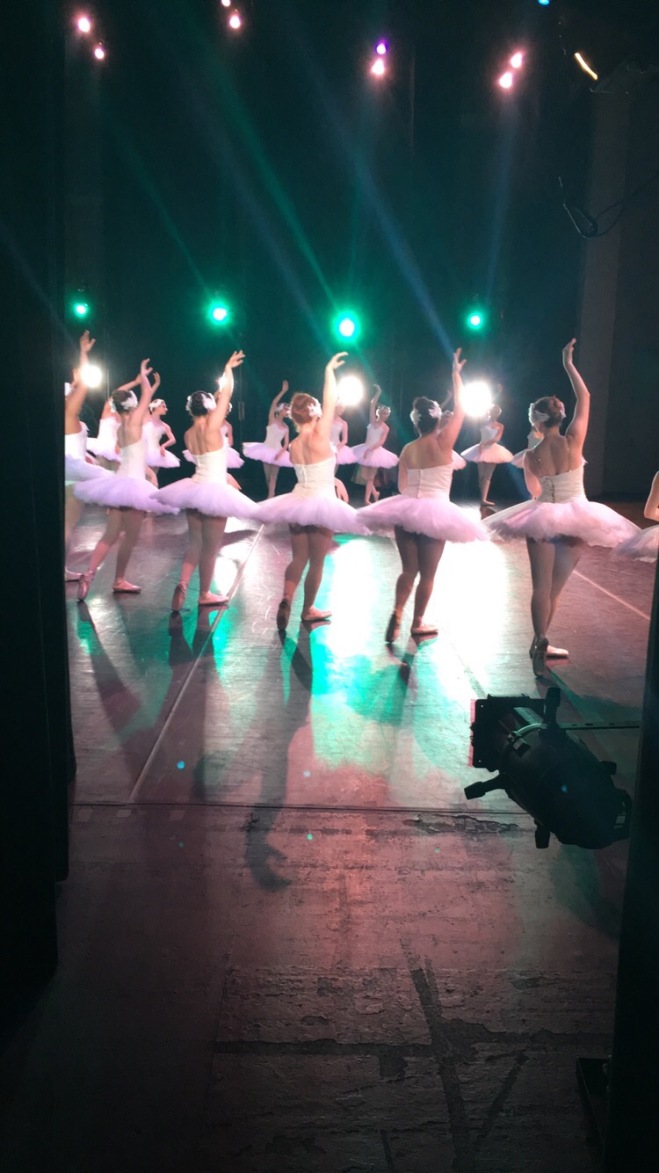 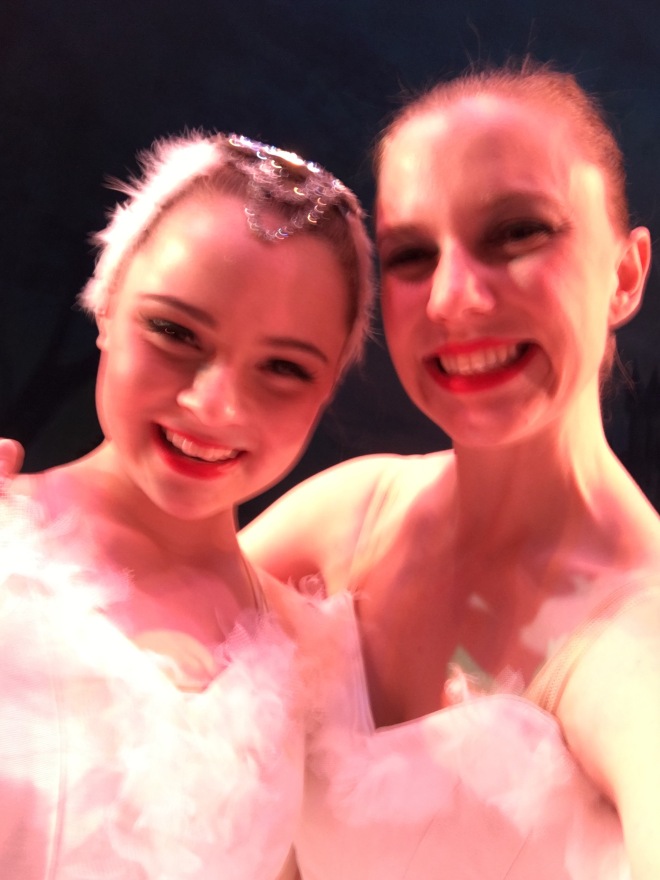 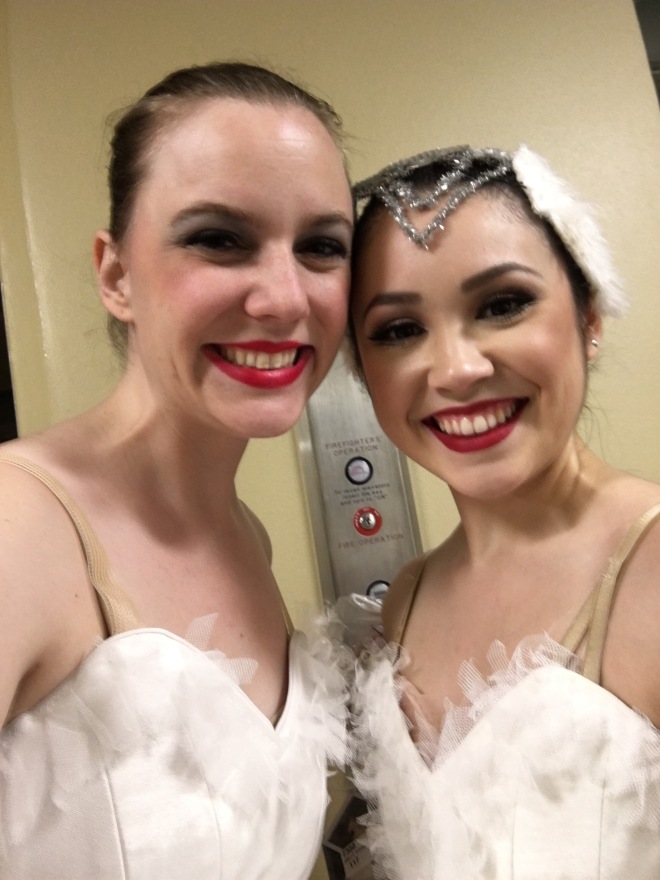 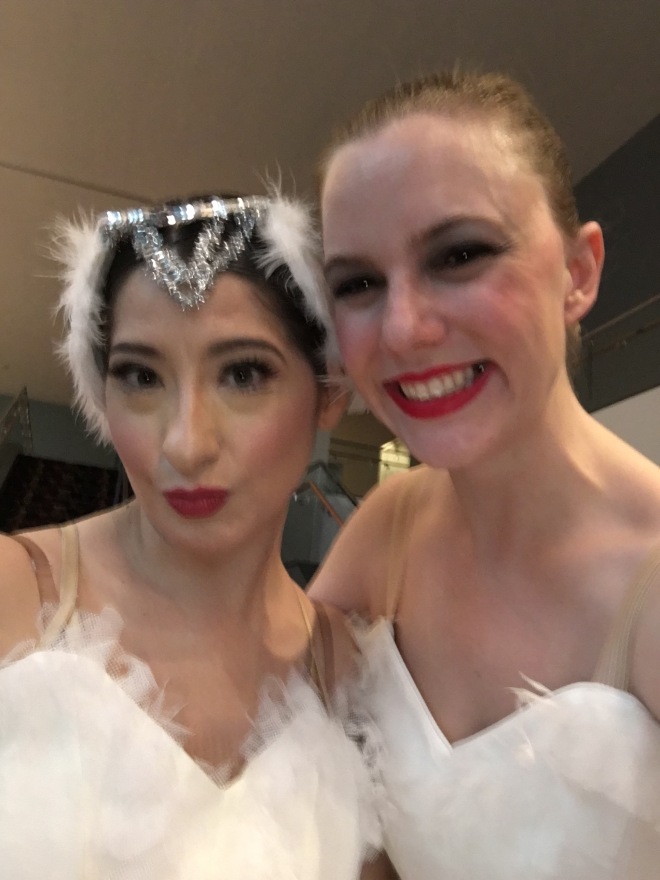 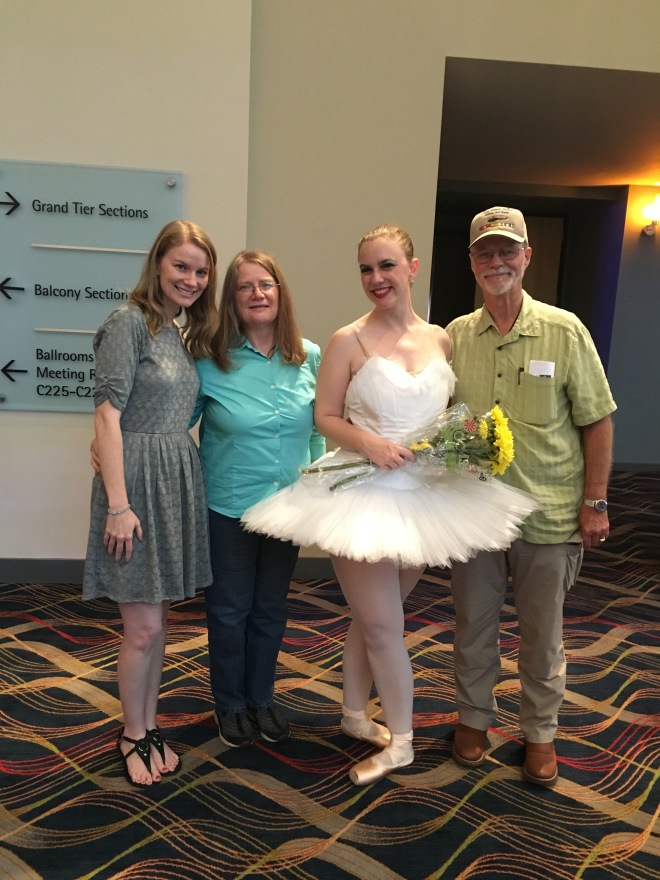 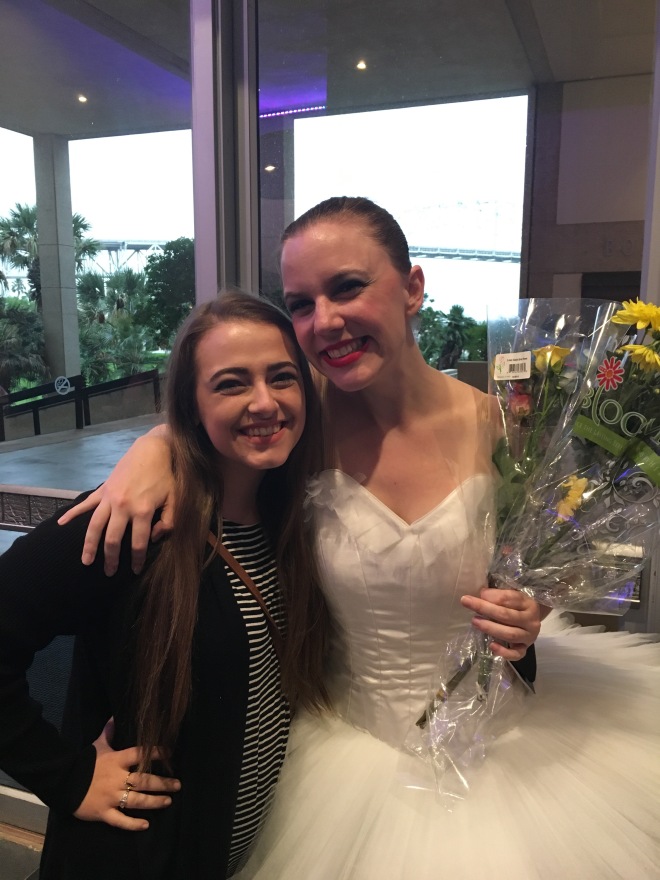 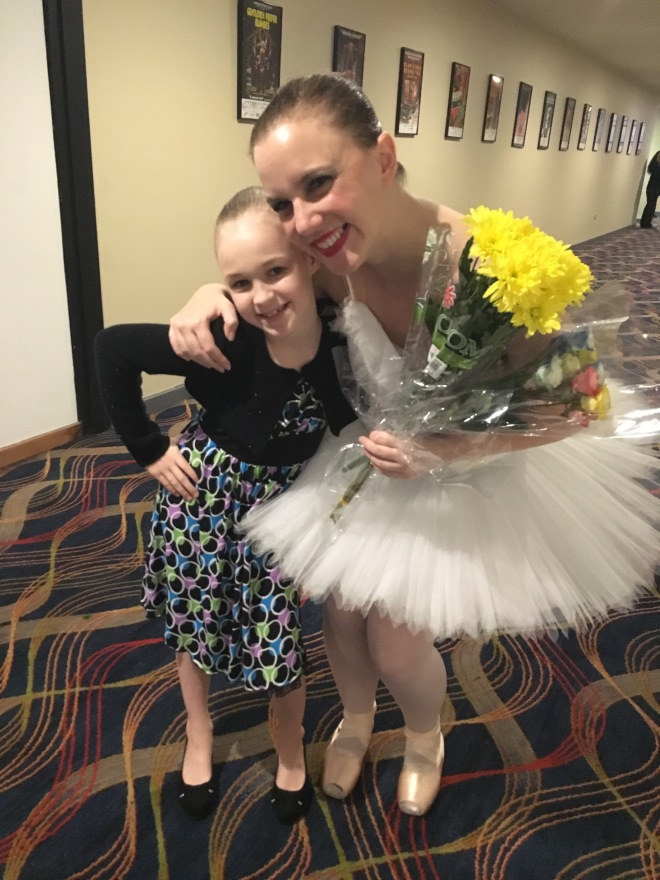 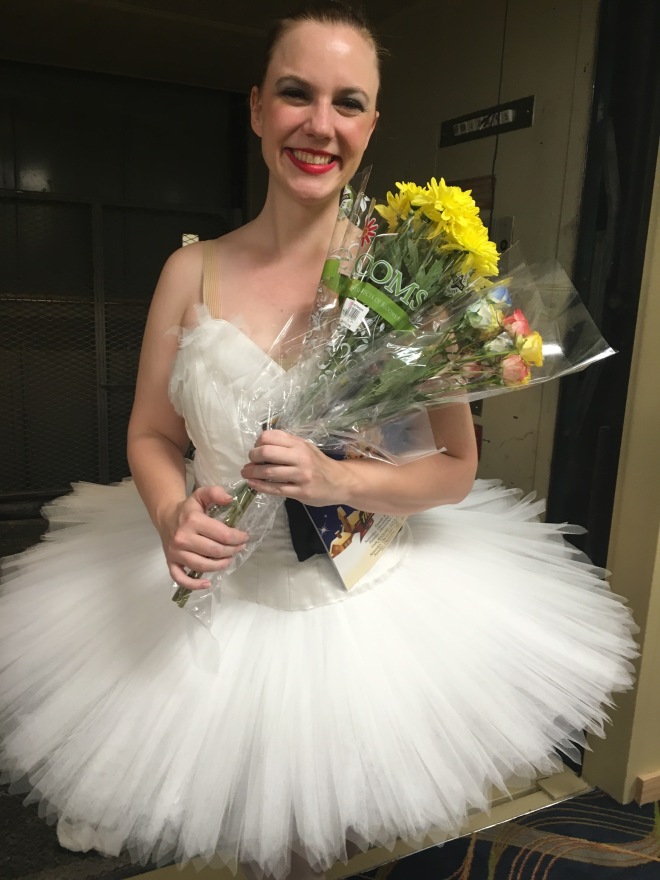 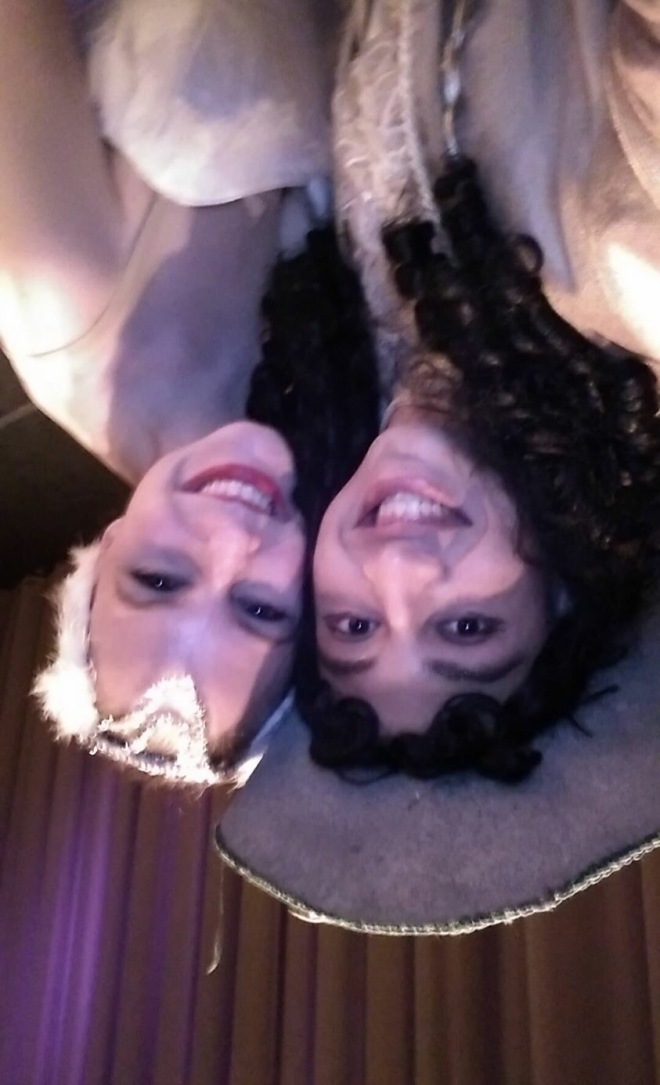 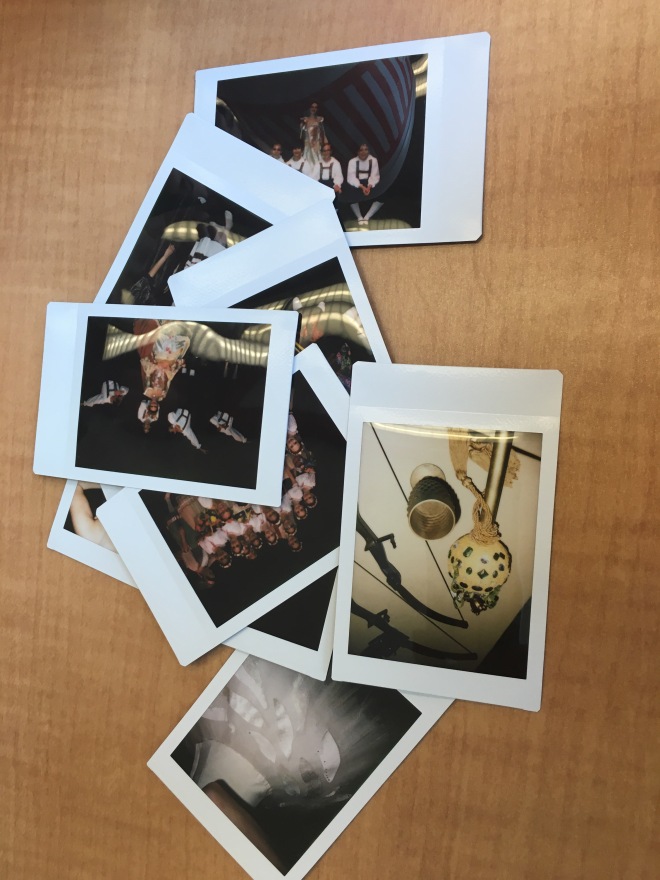 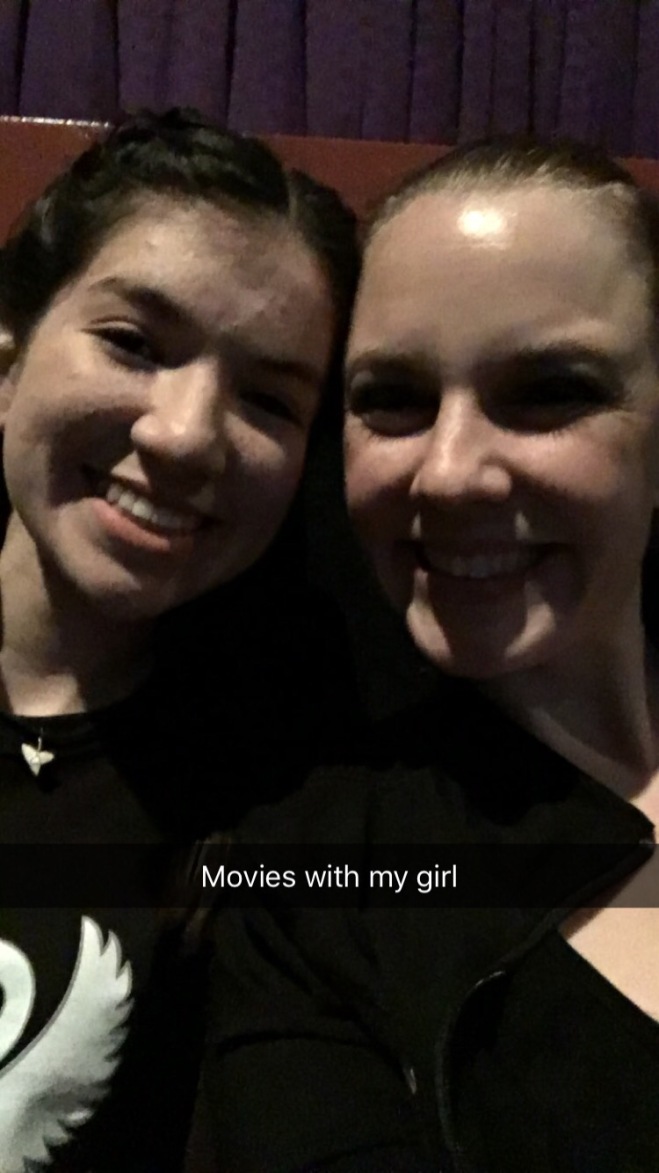